Our GOAL: Maximize Your Recovery

70+ Years of Experience & Millions of Dollars Won for Our Clients 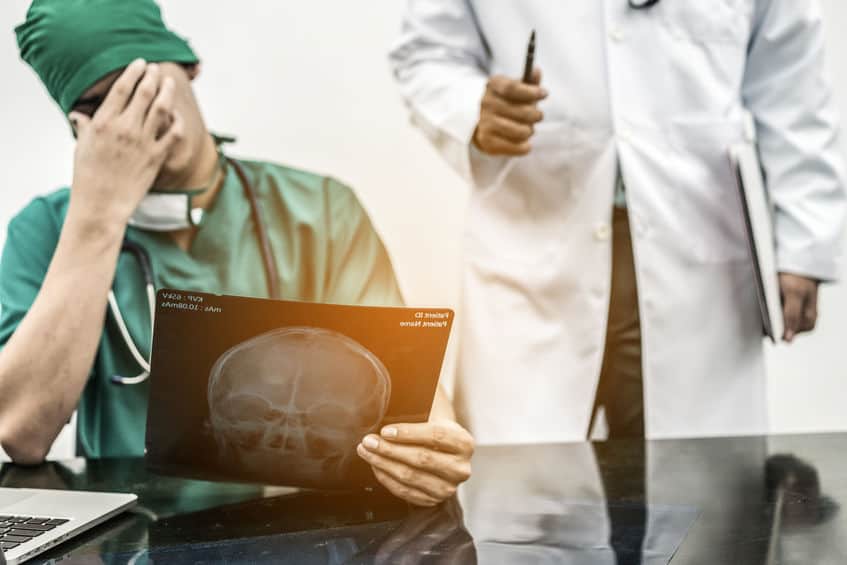 In today’s world, advancements in medicine and healthcare have come a long way. Not only that but they have been designed to decrease the number of mistakes that could occur. However, despite all of the preventative measures set in place, many mistakes that could have been avoided still happen. In the US alone, errors caused by healthcare professionals are one of the many reasons for death among patients. Medical malpractice takes place when a Florida healthcare provider administers treatment that falls below accepted standards of care in the medical industry thus putting the patient at risk of injury or even death.

According to a study conducted by Johns Hopkins, it was discovered that there are a quarter of a million deaths every year because of mistakes caused by doctors and support staff. This number is staggering in comparison to other causes of death and has been listed right behind cancer and heart disease as a major cause. This is a very sad and alarming statistic.

Although we are not able to prevent cancer and heart disease, errors caused in the medical field can be prevented. With patients constantly exposed to threats of medical errors, they remain in a higher risk category when it comes to negligence in the medical industry. It is widely known that there is a shortage of healthcare professionals as well as many doctors working more hours than legally mandated. This easily causes errors because of rushing through the care that they provide to their patients. Malpractice is considered to be neglect caused by a medical doctor or some other medical care staff. Although doctors are identified in most cases, that does not mean they are the ones that caused the harm. The blame can be quite extensive and can involve the entire healthcare team.

Know Your Rights For Medical Malpractice In Broward County

The law permits patients to pursue damages and the ability to recover following any form of malpractice. This includes initiating a malpractice lawsuit that will hold the doctor, all medical staff involved and the hospital responsible for the cause of malpractice that leads up to the harm. It is important that you know the causes of medical errors and which ones are commonly caused so that if you experience any malpractice or negligence you are aware of your legal rights.

We need to understand the reasons that surround lawsuits concerning malpractice. Because of an extensive list of reasons existing that involves lawsuits surrounding malpractice; we have listed some of the more familiar malpractice lawsuit types.

Being Misdiagnosed Or Having A Diagnosis Delayed

Being misdiagnosed or having a diagnosis delayed is very common and is often seen in a lawsuit surrounding malpractice. Although they both may have similarities, they have quite a few distinctions between each other. When a doctor makes any misdiagnosis, he usually knowingly does it without care or concern for the patient. The patient then goes on without knowing the true diagnosis of their condition. This can cause the wrong treatment to be administered. By the time the condition is re-examined by another doctor, the damage is usually beyond repair.

When a diagnosis is delayed a doctor makes a diagnosis that is correct, however, the amount of time it took to reach the diagnosis is too long. This delay also causes a delay in the treatment and a delay in any tests that may be required prior to any treatments. This results in the patient waiting as they continue to suffer.

Medical Injuries Due To Childbirth

It’s hard to fathom that the United States has a high rate of fatalities when it comes to childbirth when it is considered to be advanced medically. Unfortunately, many other countries have a better rate in comparison.

When a death or injury occurs during childbirth it can be an extremely tragic event. This does not mean the injury has to happen only to the mother, it can also create an ongoing health problem for the unborn child resulting in a lifetime of disabilities. With medical negligence, the thing to keep in mind is that it can occur at the start of prenatal care or even at some point while the mother is delivering her baby.

A few injuries that commonly occur during childbirth are:

Missing a diagnosis that can affect the unborn child

Failing to recognize disabilities that are hereditary

Unfortunately, medications are heavily relied upon in the U.S. Because of this, it is no surprise to hear that there are many times where a medication error is made.

Errors can occur at all levels, but they matter the worse when they occur from the pharmacy or doctor themselves. Errors that come from these sources could happen if the doctor becomes confused with what type of prescription needs to be written or when the pharmacy fails to compound the correct mix of medication. This is common when intravenous medications are ordered for internal use within the hospital.

Obtaining informed consent is the responsibility of all doctors. This allows the patient to obtain all of the information necessary for the patient to make a decision to have care provided.

This means all facts and risks must be expressed which concerns the procedure of treatment as well as any alternatives that may exist. If any information is withheld, then the patient is unable to give full consent based on very little information regardless of a patient signing the consent form. This could set up the hospital for liability and could cause others to happen in the future.

Errors involving surgery are as common as the common cold regardless of being heavily regulated. Although many of them hold no immediate danger to a person’s life, they are still errors that could have been prevented.

Anesthesia is an important part of both surgery and procedures performed in outpatient settings.
Having an error that occurs by way of anesthesia can have devastating effects on the patient. This holds true for times when a full history is not obtained from the patient prior to anesthesia being administered. Without having a full history, the staff will be unaware of any allergic reactions caused by medications or if anything wrong is happening internally.

Damages are awarded to compensate the injured patient for the medical harm caused by the healthcare provider’s negligence. Compensatory medical malpractice damages are rewarded to attempt to make the victim “whole” again and provide financial compensation for the losses suffered by the victim.

Here are some examples of what damages can be recovered due to medical malpractice:

With an experienced and seasoned Ft. Lauderdale car accident attorney working your personal injury case, justice can be served.

Having the right representation is important and a lawyer can help you pursue damages after an auto accident and help you get back on your feet.

At Weinstein & Scharf, P.A., our legal team has over 70 years of combined experience, and we have recovered millions in damages.

Although you may be entitled to receive damages, it can be tough to know for sure. An experienced attorney can help you decide.

If you have been involved in an accident with a commercial truck, it is important that you consult with and retain an experienced attorney.

Here at Weinstein & Scharf, P.A., we believe that you should be compensated for any medical bills related to the dog bite.

When a car and a motorcycle collide, the motorcyclist is at an immediate disadvantage due to the lack of protection provided by their bike.

There is no need to ignore a slip and fall accident. Property owners, employees and caregivers have a responsibility to see to the reasonable safety..

If a driver does not have insurance and there has been an accident, there are various routes that can be taken in order to resolve the situation.

A wrongful death attorney is needed when you believe that a friend or family member has died due to someone else’s negligence.

If you or a loved one has fallen victim to medical malpractice or negligence in Florida, then your best chance of receiving the compensation

If you or a loved one has been injured in a boat accident, it is important that you engage the services of a legal professional from our firm

The mistreatment of nursing home residents can occur when staff members engage in elder abuse on a resident in the nursing home.

Life takes a drastic turn turning lives into shambles, and asking for compensation through a Florida brain injury attorney