Our GOAL: Maximize Your Recovery

70+ Years of Experience & Millions of Dollars Won for Our Clients

When Should You Talk To A Pedestrian Accident Attorney? 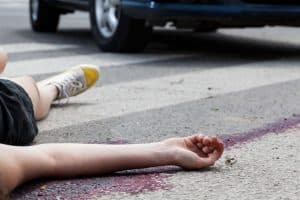 A pedestrian accident attorney should always be contacted if you were injured in an accident as a pedestrian that was caused by things such as faulty traffic lights, bad lighting or negligent drivers. In Florida, collecting compensation after being involved in pedestrian accident can be a lengthy process and involve negotiations with insurance companies along with lawsuits against the guilty party. Your Fort Lauderdale pedestrian accident lawyer will review your personal injury case.

Who Or What Caused The Pedestrian Accident?

Examples of negligence by a driver include:

If a negligent driver pulled away, you should try to remember any part of their license plate. If there were any eyewitnesses that may have seen the accident you should collect their information and you should keep your clothing/shoes that you were wearing during the accident as evidence.

If a pedestrian accident occurred due to an error by a construction company you should get the name of the construction company and take pictures of anything that can show evidence to your case. It is important to identify all the parties involved because you will bring that information and evidence to your pedestrian accident lawyer for them to present in your case.

What Personal Injuries In The Accident Did You Sustain?

If you have been disabled, you should ask your pedestrian accident lawyer to help you with your disability claim. You can show that you have filed a claim for your injuries, and your doctor’s notes can show that you are not fit to work. Your lawyer can complete all the paperwork for you, or they can refer you to a professional advocate who can help.

If your treatment is ongoing, you can continue to submit those bills to your lawyer because the amount of your compensation rises every time you pay for more treatment.

Did You Call The Police?

You should always call the police after an accident. A police report will become an official record of the accident, and you can use the police report to explain what happened that day. The police officer can interview any eyewitnesses at the scene, and those interviews will go on the record.

The officer might collect the names of people who may need to be interviewed later, and the officer will record any information you remember. If a negligent driver caused the accident, their information will be recorded, or the police can start looking for a driver who left the scene of the accident.

If you did not call the police, you need eyewitness statements that corroborate what you say. If you do not remember the accident, the police report might be the only official record of the accident. Also, anyone you sue could claim that the accident was not bad/did not happen if you never called the police. It is important to always call the police if you were involved in any type of accident that caused personal injury.

If a Florida pedestrian is killed in an accident caused by negligence, their family can bring a claim on behalf of their loved one to recover compensation. By filing a wrongful death claim, the evidence must prove the same elements as if the deceased pedestrian was pursuing a negligence claim on their own behalf. The attorney who is filing the wrongful death claim will do everything in their power to bring justice and hold the guilty party accountable for their actions.

How Your Fort Lauderdale Attorney Can Help You 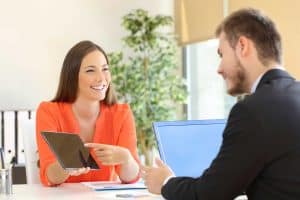 When you are injured as a pedestrian, there are multiple steps you must take to collect the compensation for your personal injuries. Because Florida has the “no fault” insurance law, you will not be able to immediately file a lawsuit against the guilty party who caused the accident. Instead, you will need to consult with an attorney who will collect evidence to prove negligence in the accident.

Our pedestrian accident attorneys at Weinstein & Scharf help injured pedestrians through each step of the compensation collection process. This starts with filing personal injury protection (PIP) insurance claims. If the pedestrian owns a car and has Florida’s mandatory PIP insurance, they can receive compensation for injuries and lost wages up to $10,000. If the PIP benefits are exhausted and did not cover the entire compensation needed, your attorney can then go after the guilty party’s insurance. During this time, it may be necessary for your attorney to file a suit against the negligent party for the remaining damages they caused.

Compensation After Being Injured As A Pedestrian

You deserve compensation for the pedestrian accident you were involved in. There are a number of different expenses that the accident caused that you can file a lawsuit for to recover lost damages. Here are some examples:

Both present and future medical expenses related to the accident can be compensated. These include hospital bills, surgery, fees for ambulance, rehabilitation, therapy and prescriptions.

This entails compensation for the physical pain you endured because of the accident.

If you miss work due to the injuries, you sustained in the accident you may be able to recover compensation that you would have earned had the accident not happened.

In certain circumstances, accidents causing serious personal injuries lead to severe emotional and psychological pain for the injured pedestrian. Examples of such would include depression, anxiety and distress.

This compensation would be for a wrongful death that has occurred in a pedestrian accident. The surviving family of the pedestrian can seek compensation to cover the funeral costs for the lost loved one.

With an experienced and seasoned Ft. Lauderdale car accident attorney working your personal injury case, justice can be served.

Having the right representation is important and a lawyer can help you pursue damages after an auto accident and help you get back on your feet.

At Weinstein & Scharf, P.A., our legal team has over 70 years of combined experience, and we have recovered millions in damages.

Although you may be entitled to receive damages, it can be tough to know for sure. An experienced attorney can help you decide.

If you have been involved in an accident with a commercial truck, it is important that you consult with and retain an experienced attorney.

Here at Weinstein & Scharf, P.A., we believe that you should be compensated for any medical bills related to the dog bite.

When a car and a motorcycle collide, the motorcyclist is at an immediate disadvantage due to the lack of protection provided by their bike.

There is no need to ignore a slip and fall accident. Property owners, employees and caregivers have a responsibility to see to the reasonable safety..

If a driver does not have insurance and there has been an accident, there are various routes that can be taken in order to resolve the situation.

A wrongful death attorney is needed when you believe that a friend or family member has died due to someone else’s negligence.

If you or a loved one has fallen victim to medical malpractice or negligence in Florida, then your best chance of receiving the compensation

If you or a loved one has been injured in a boat accident, it is important that you engage the services of a legal professional from our firm

The mistreatment of nursing home residents can occur when staff members engage in elder abuse on a resident in the nursing home.